This gnarly string trio - In The Sea, Featuring Tristan Honsinger on cello and voice; Joshua Zubot, on violin and Nicolas Caloia on double bass; are planning to tour the Southern US in late February / March 2020. This trio sounds fantastic, this will be their 6th tour. They have performed over 150 concerts in North America and Europe since 2015. They are promoting our third CD which was released on Creative Sources records in May 2019.

“In the Sea’s eponymous new album for Relative Pitch features just a string trio, allowing the players to settle into a chamberlike collision of approaches. Double bassist Nicolas Caloia and violinist Joshua Zubot bring brio and care to Honsinger’s pieces, which draw from classical music, Italian folk, and his aforementioned slapstick aesthetic, loads of nonsensical singing alternately limning pretty melodies and harnessing pure chaos. Improvisation and attuned interplay between the players define the music more than the composed themes; it’s sometimes hard to know when one composed piece ends and the improvisation begins.”-Peter Margasak / Chicago Reader 2017

Tristan Honsinger started improvising in Montreal more than forty years ago, prior to his decisive move to Europe, where he's been at the centre of improvised music activity ever since. Tristan Honsinger is a singular artist : originally from Vermont, he has made his life in Europe and has worked with most first generation improvising artists. He has played extensively with Derek Bailey and Evan Parker in the UK; Misha Mengelberg and Han Bennink in Holland; Peter Brotzman and Peter Kowald in Germany; and Cecil Taylor in the USA. Currently he regularly tours and gives workshops with the ICP orchestra.

Joshua Zubot is a masterful violinist and composer who performs with conviction, emotion and power. He has toured internationally in ensembles such as Subtle Lip Can, In The Sea, Marie-Jo Therio and Quartestki. Zubot has turned many heads playing genres from bluegrass to musique actuelle and everything in between. He has shared stages with folk/pop musicians like Martha Wainwright, Patrick Watson, Li’l Andy, Thus Owls plus experimental musicians such as Jean Derome, Matana Roberts, cellist Tristan Honsinger, Sun Ra’s Orchestra’s Marshall Allen and New York double bassist William Parker.

"Comprised of Honsigner compositions from their recording In the Sea, the set was tight and detailed, intelligent and playful, full of romance, the arco playing resulting in beautifully layered overtones."
CHAMBERLAIN, Mike. <<All About Jazz>>, May 26, 2017. 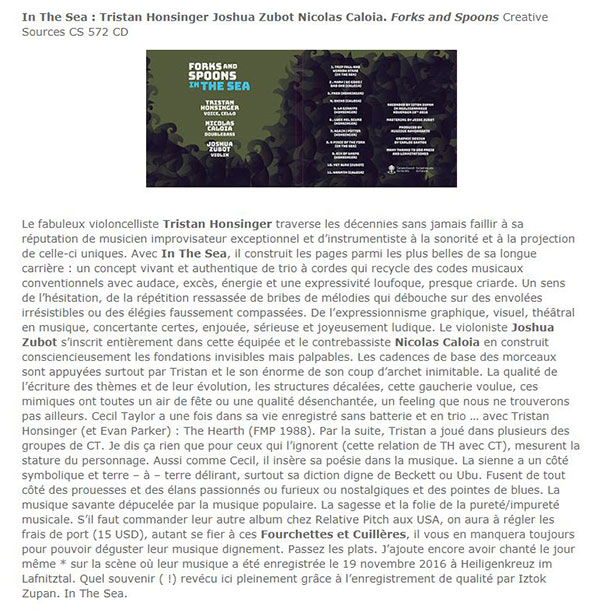 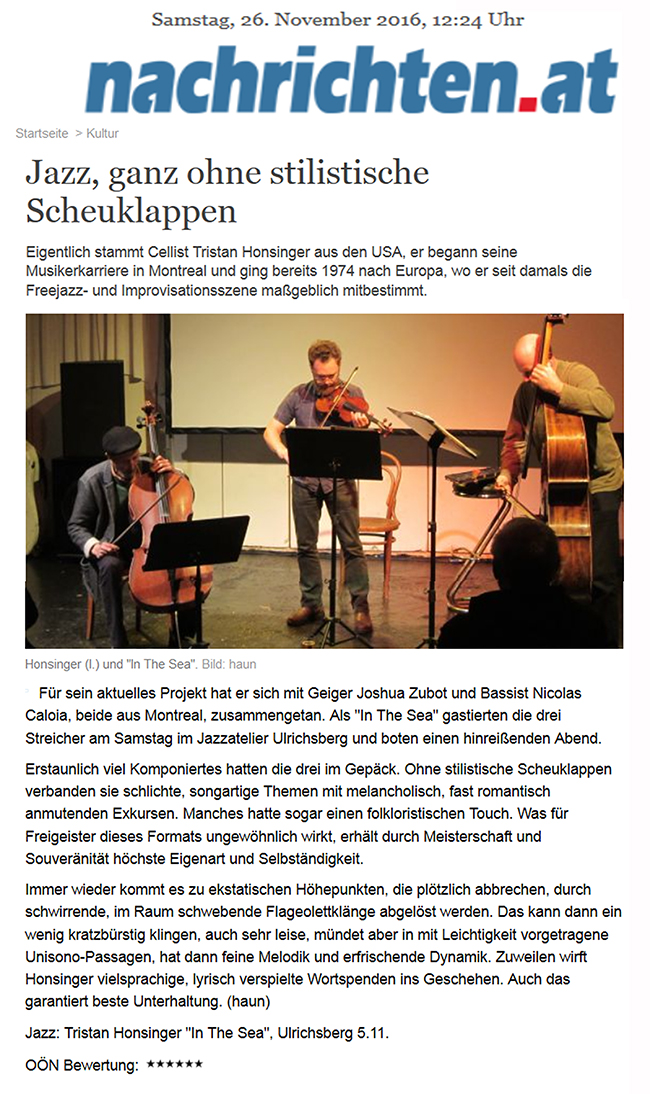 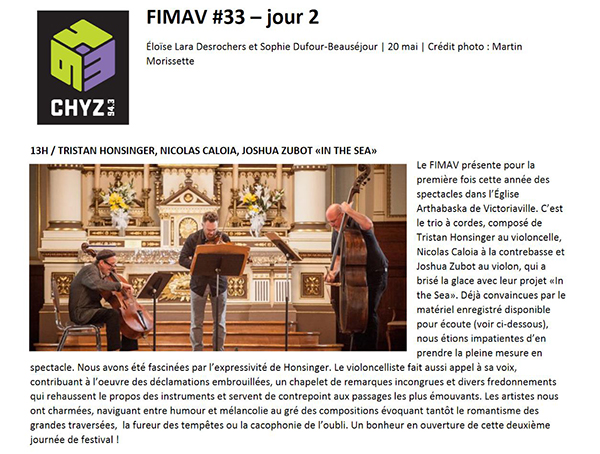 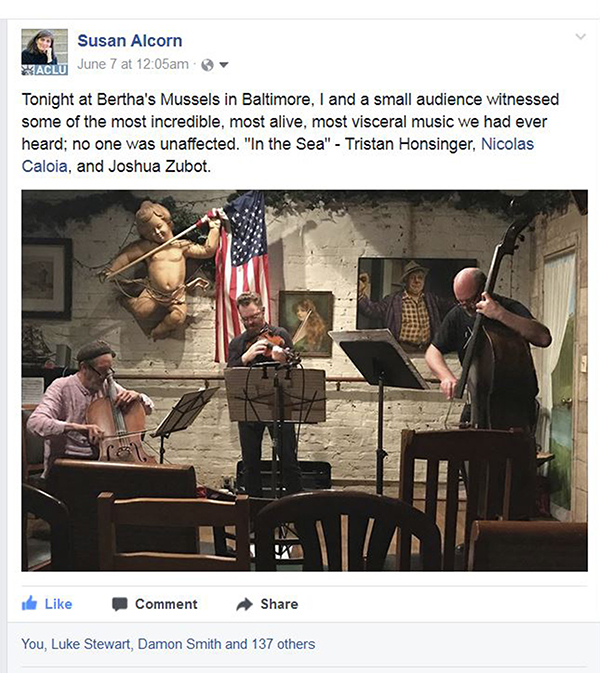 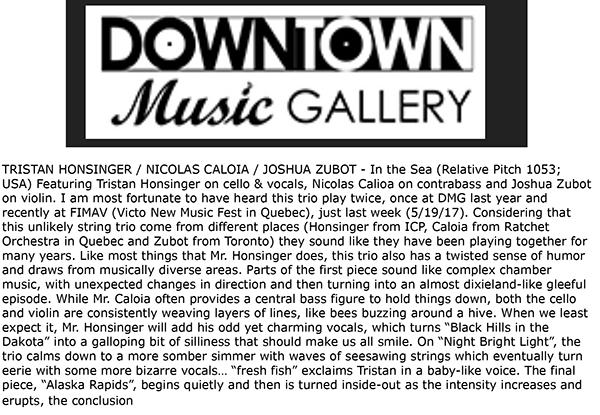 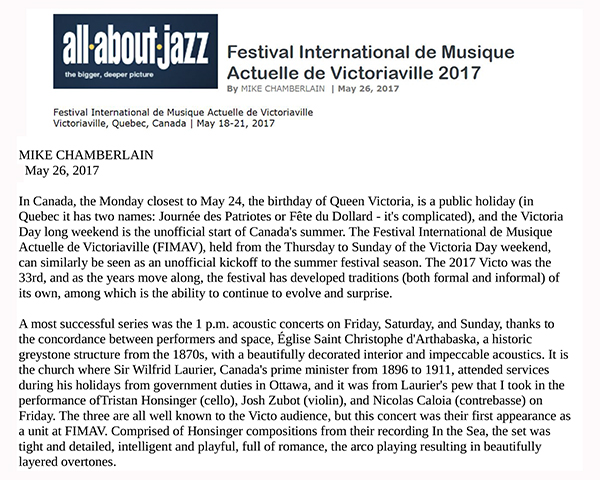 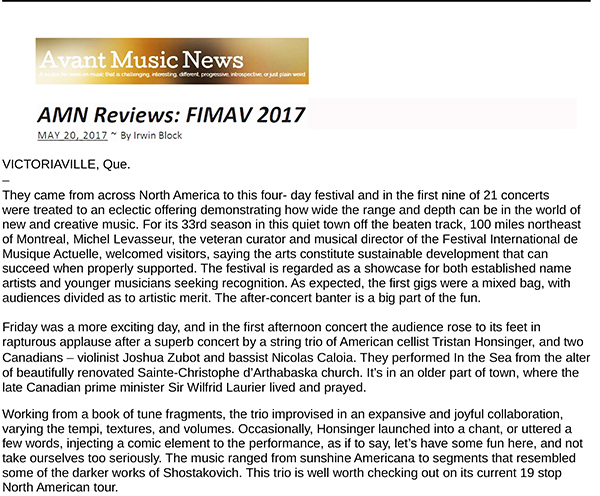 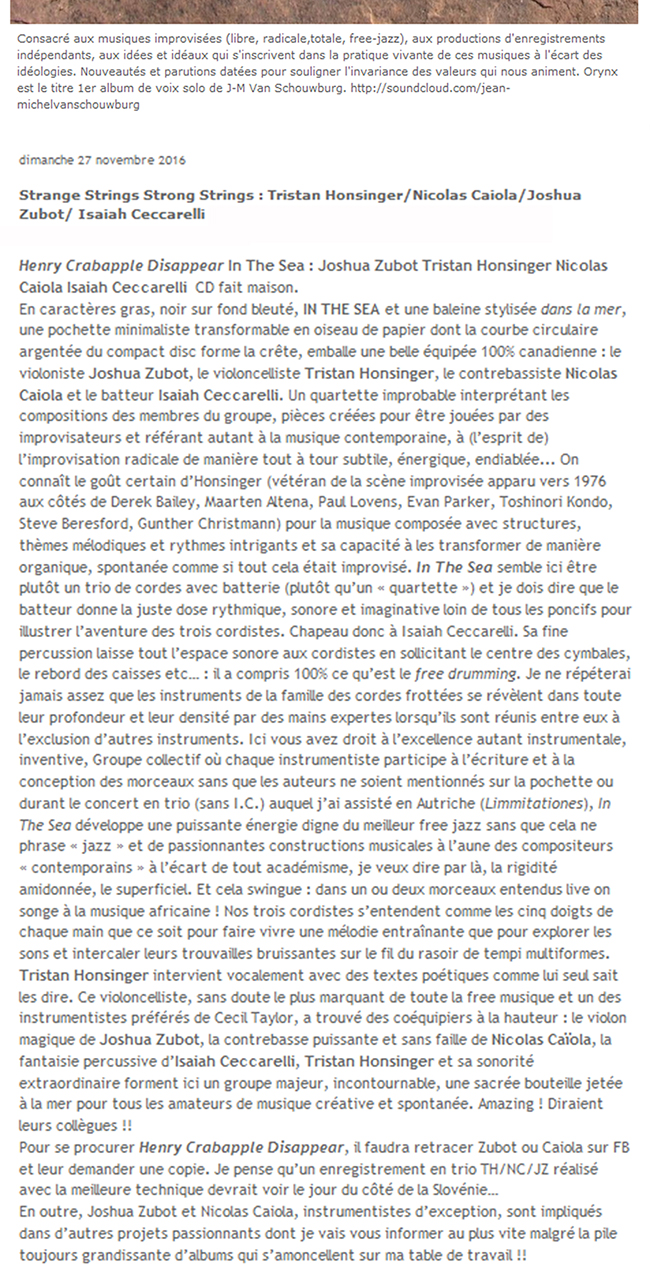 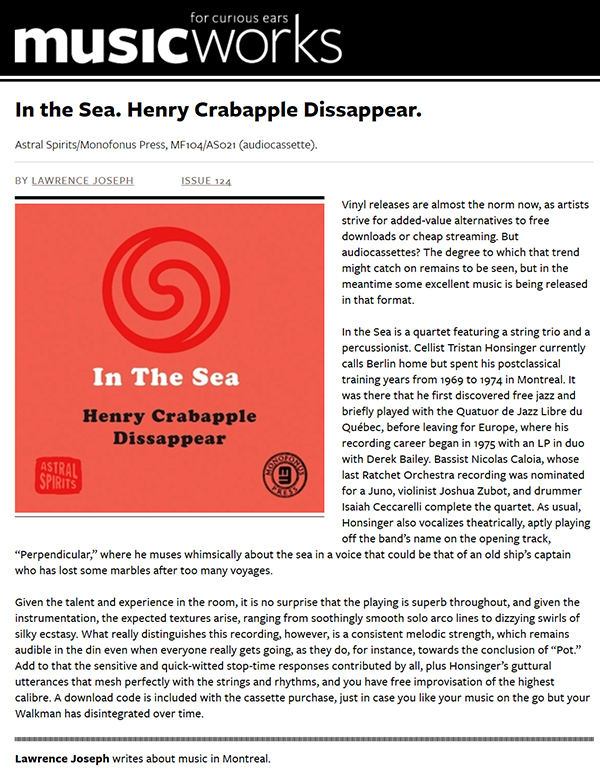 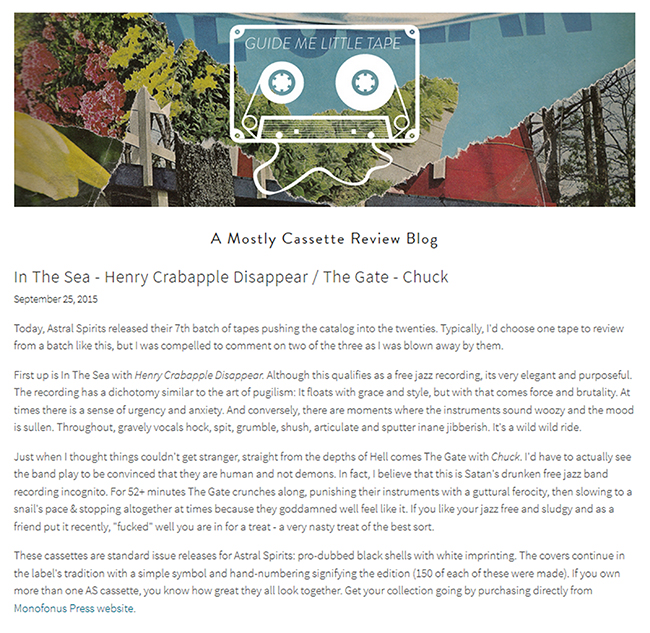